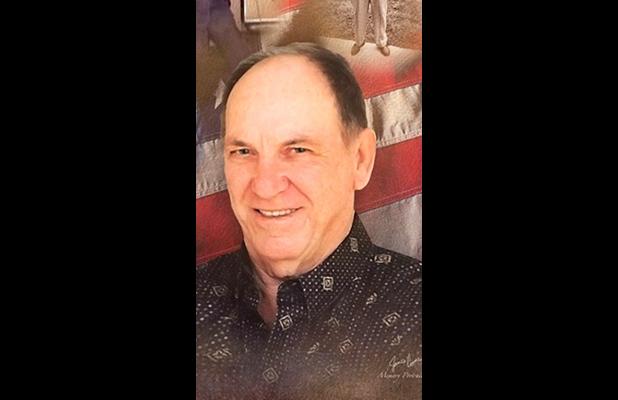 Martin "Coudean/Buff" Joseph Villemarette
MANSURA - Funeral services for Martin “Coudean/Buff” Villemarette of Mansura will be held on Tuesday, November 29, 2016 beginning at 11 a.m. at St. Paul the Apostle Catholic Church in Mansura with Fr. Irion St. Romain officiating.Entombment will be in the St. Paul Mausoleum. Funeral arrangements are under the direction of Escude Funeral Home.
Visitation will be held on Monday, November 28, 2016 beginning at 5 p.m. until 10 p.m. with rosary at 7pm at Escude Funeral Home in Mansura and will resume Tuesday morning at 8 a.m.
Martin Villemarette, age 84, passed away at Grace Home Hospice in Alexandria on Saturday, November 26, 2016. He was born on March 2, 1932.
Martin was honorably discharged from U.S. National Guard and was a carpenter by trade for most of his life. He was a family man, enjoying get-togethers with his wife, children, and grandchildren. Stories of his childhood and his life lessons were often told to his children and grandchildren. Music was a pass-time for Buff constantly whistling, singing, or occasionally playing the harmonica. His favorite hobby was fishing for gar on the bayou. His personality was a comical one; and if he was teasing or making fun of you, it was because he truly loved you. He will be missed dearly by family and friends.
He was preceded in death by his parents, Theogene and Eugenia Villemarette; sister, Marjorioe Normand; and brothers, Roland Villemarette, Huron Villemarette, Louis Villemarette, Rodney Villemarette, and Paul Villemarette.
Those left to cherish his memory are his wife of 59 years, Lorena Villemarette of Mansura; son, Dale (Vicky) Villemarette of Alexandria; daughters, Mona (Aaron) Willford of Deville, Charla (Bill) Logan of Lafayette, Terry (Ricky) Armand of Mansura, and Ashly (Blaine) Brouillette of Marksville; brother, Warren Villemarette of Laplace; sisters, Ramona Bordelon of Hessmer and Virginia Lemoine of Laplace; 11 grandchildren; two step-grandchildren; and six great-grandchildren.
Those honored to serve as pallbearers: Colby Armand, Derek Chesne, Payton Logan, Ricky Armand, Blaine Brouillette, and Parker Logan. Honorary pallbearers, will be Bill Logan and Aaron Willford.