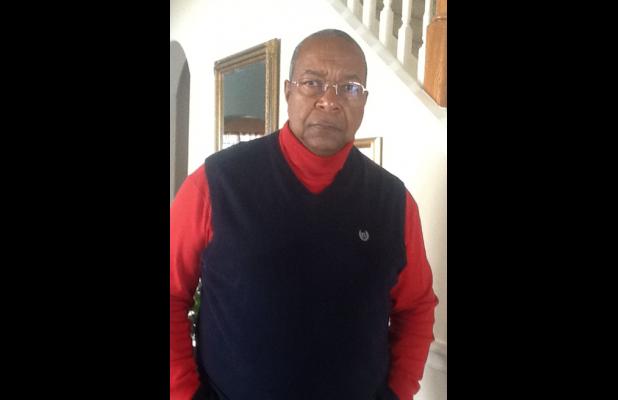 Dr. Donald Prier to sign copies of his historical non-fiction book, "Back Through the Veil" on Oct. 9 at Desfosse House and during the Avoyelles Genealogical Symposium Oct. 7-8.

Dr. Don Prier to participate in genealogy symposium in October
Raymond L. Daye
Mansura native Dr. Donald G. Prier will return to his hometown on Oct. 9 to sign copies of his historical non-fiction book on the porch of the Desfossé House.
Prier, who currently lives in the Houston suburb of Katy, Texas, is participating in the Avoyelles Genealogical Society Symposium being held in Avoyelles and neighboring Pointe Coupee Parish on Oct. 7-8. He plans to also sign books during the symposium at the LSU AgCenter on La. Hwy 1 in Mansura.
His book, Back Through the Veil: A Brief History of African Americans Living in Mansura, La., looks at the history of several families in the Mansura area from the 1800s to the 1950s. The book is published by CreateSpace Publishers and is available on Amazon.
“It is a history book filled with thousands of facts, most of which have never been published,” Prier said.
Prier selected the historic Desfossé House in Mansura because it is the oldest structure still standing on its original site in the parish and is linked to slavery in Avoyelles Parish.
The home, which is on the National Register of Historic Places, was built in 1790 by Dominique Coco and remodeled in 1852 by French immigrant Dr. Jules Charles Desfossé.
Coco was one of the earliest slaveholders in Mansura and Prier said slaves “certainly provided the labor used in constructing the Desfosse House. Thus, it is more than appropriate that the first public introduction of Back Through the Veil occurs at the Desfossé House.”
Prier said the parish’s first slaves could have worked for the Cocos on the plantation that served the Desfossé House.
“Even if that isn’t the case, it is symbolic of where the first slaves were brought to Avoyelles,” he added.
Before the Civil War, DesFossé lived in the home and fathered a family with a mixed-race wife.
The event at the Desfossé House will be held from 2-4 p.m. and will include a tour of the site and light refreshments, Prier said.
Raised in Mansura
Prier was born and raised in Mansura. He was one of 12 children born to Oliver Prier and Beulah Walter.
Prier noted that his parents “were born and lived during the most difficult years of the Jim Crow era.” Their parents “experienced the post-Civil War Reign of
Terror” and his great-grandparents were born into slavery.
Prier attended Our Lady of Prompt Succor and Cardinal Cushing elementary schools in Mansura and graduated from Mary Bethune High in Marksville. He earned his bachelor’s degree in chemistry from Southern University and a doctorate in chemistry from LSU. He retired from Dow Chemical Company in 2009 after 29 years of service.
Prier is married to Mary Bernell Augustine of Mansura. They have three children and four grandchildren.
Even though the town of Mansura was not incorporated until after the Civil War, it was a major slave holding area of the parish dating back to 1800.
“Most of the African-American families currently living there are generally unaware of their history, including where their African ancestors were captured, when and where they arrived in the Americas, who were the people holding them captive, what was it like to live in slavery, how did they achieve their freedom and what was it like to live in Mansura during the post-Civil War Reign of Terror,” Prier said.
Almost all of the slaves that came to America were from West Africa, Prier said. Almost all practiced a nature-based religion called Animism.
“In the 1960s a lot of African-American youth were becoming Muslims because they said it was the religion of their people prior to slavery,” Prier continued. “That just isn’t the case.”
Prier said there are accounts of slaves being herded before a Catholic bishop or cardinal and “baptized en masse.” He said the justification for African slavery was that “it is better for them to be slaves as Christians than to be free as heathens.”
Looks at details
He said his book looks at the details of the first African slaves brought to Mansura -- including their names, their languages and who bought and sold them.
He said slaves were “constantly seeking their freedom in many ways, including violence.”
The book also includes accounts of Mansura slaves who escaped and fought on the Union side in the Civil War.
The book also includes the terror that freed slaves experienced at the hands of angry whites after the Civil War. Despite that Prier said, those individuals were able to build solid lives and families in that environment.
Other topics in the book include Jim Crow laws, the rise of religion and educational institutions in Mansura, share cropping, Mansura African-Americans in World War I, the Great Flood of 1927 and the Great Depression.
Prier said he just recently released the book online and has sold about 50 copies.
He launched a Facebook ad campaign in Louisiana this week and is expecting to sell copies of the book during the symposium and Desfosse event.
“This started out to be just a genealogy book, but I found so many interesting facts that had never been published before,” Prier said. “It just kept growing and growing and the genealogy was actually taking away from the story, so I set that part aside and focused on the historical facts instead.
“My next book -- if my wife doesn’t kill me -- will be solely a genealogy book,” he added with a laugh.